Refik Anadol and Christie’s Present a Demonstration in Living Architecture

Disney & Pixar’s Turning red is about a 13-year-old Chinese Canadian “Mei ” Lee. Set in 2002, before social media and music streaming giants like Spotify existed and when fandom for musical groups such as boy bands were at their peak.

The premise of Turning Red’s main entertainment selling point is having Mei turn into a big fluffy red panda whenever she is feeling anxious and emotional. It’s fun, cute, and carries plenty of laugh-out-loud moments whenever it happens. But as we know, Pixar is known for movies with an underlying theme of relatability for older audiences such as:

… and Turning Red is no different.

As a Filipino Canadian growing up in Canada, this film related to me the most. From Mei’s diverse group of friends, puberty, fandoms, and most importantly, Generational Trauma. The burden of trying to be perfect to live up to your Asian parent’s/relative’s often impossible expectations. Especially living in North America where we see other kids not have to live with the same type of pressure! Learning that your parents also feel this way with their parents as these tumultuous relationship patterns go far down many generations. And how about the aunties, who never fail to scale how “fat” you’ve gotten since they last saw you?

Despite the movie tackling these subjects tastefully and truthfully from my view, there were many unavoidable controversies surrounding Turning Red since dropping on Disney+. Reviews rage that the film somehow “glorifies” kids disobeying their parents, sneaking out at night, listening to their irresponsible friends instead. Some stated that Pixar should stick to making charming, enduring family movies instead of trying to be progressive and “woke” (I have a heavy dislike for using the word). People also complain about scenes of Mei showing sexual interest in a boy by drawing fan fiction fantasizing about him and hiding them under her bed.

All of which I thought were REAL experiences of any 13-year-old. Their thought process and curiosity. Puberty is showcased through metaphors such as the Red Panda. I am no parent, but are these not realistic topics we can use as guiding points for those important conversations with our kids, students, siblings, etc.? 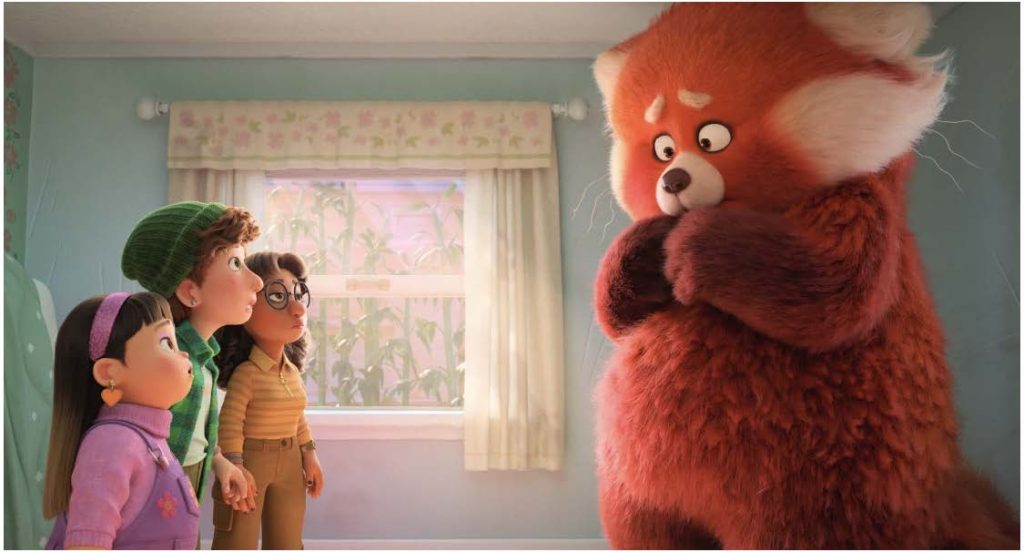 Zero judgment here to any critic who rated the film low because of these issues or to anyone who just generally disliked the movie. For me, many of these critiques are what made the film stand out from any Disney/Pixar production. The world and animation showcase Chinese Mythology beautifully and capture the millennial’s experience growing up in the early 2000s, especially those of Asian-Canadian backgrounds (catch that Tim Hortons box anyone?). The picture is over the top and entertaining even without understanding the intricate concepts. This is Pixar’s coming-of-age comedy that may be emotionally triggering for some people, which can turn into important conversations to be had after the credits roll.

I am geek of all things anime, video games, and Alternative Music. I love to write about said topics but also have experience in other avenues. An Introverted Ex-rapper, aspiring metal vocalist who prefers to spend most of his time with his 2 fur babies.

Refik Anadol and Christie’s Present a Demonstration in Living Architecture