Unlike the Air Force 1 and Dunk Low, the Blazer Mid has stayed relatively consistent over the years. That’s not factoring in the releases from Nike SB, however, as the sub-label has previously gone to great lengths to reimagine the classic. This upcoming pair is but one additional example, as it further deconstructs the shoe’s usual design.

But as a byproduct of its palette, which is comprised mainly of black shades, the patchwork construction of this Nike SB Blazer Mid is not immediately readable, even despite the several materials — suede, leather, canvas, etc. — that make it up. The differences between each individual texture, though noticeable upon closer inspection, are obscured as a result of the blacked out colorway. The miniature check and “NIKE SB” embroidery, however, are much more standout thanks to their white threading and “Wheat” backdrop, respectively.

For a closer look at this upcoming Nike SB Blazer Mid, check out the official images below. Sizes are likely to be made available soon via Nike.com as well as select retailers. 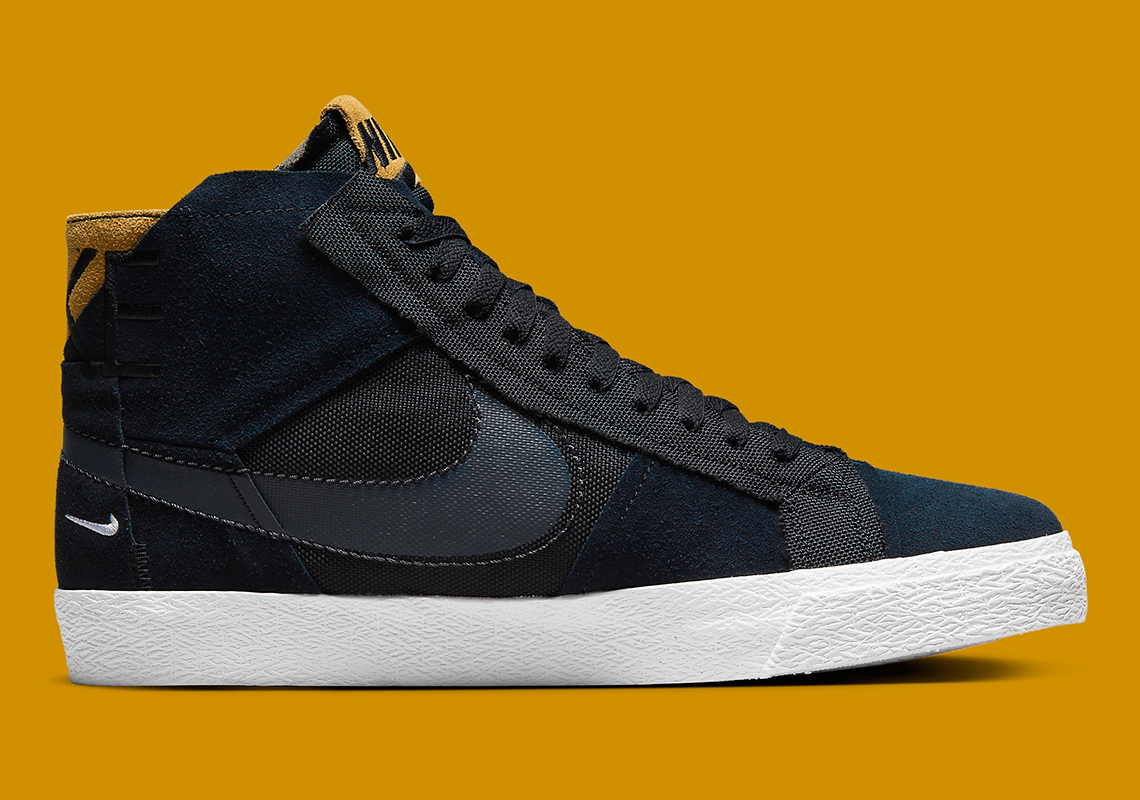 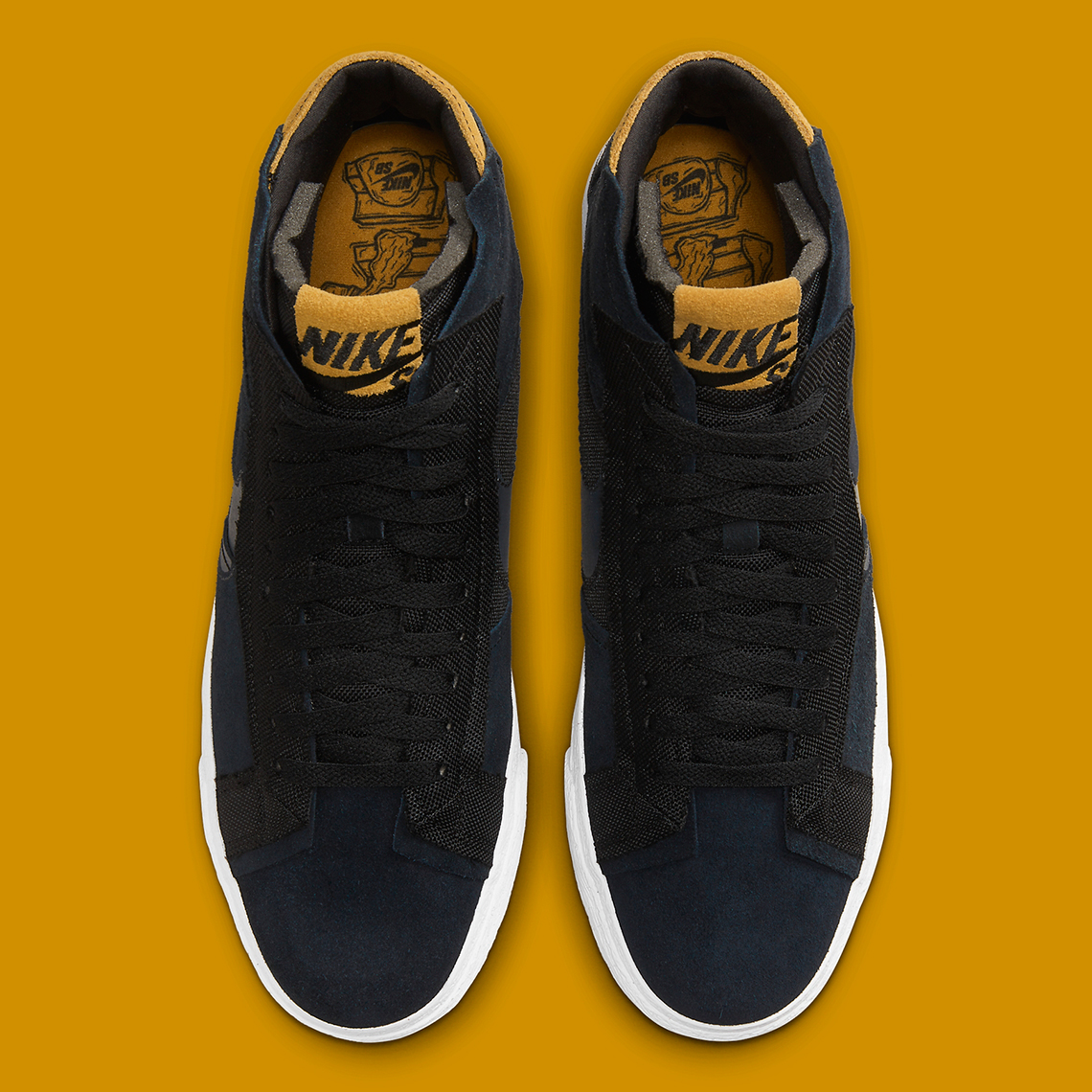 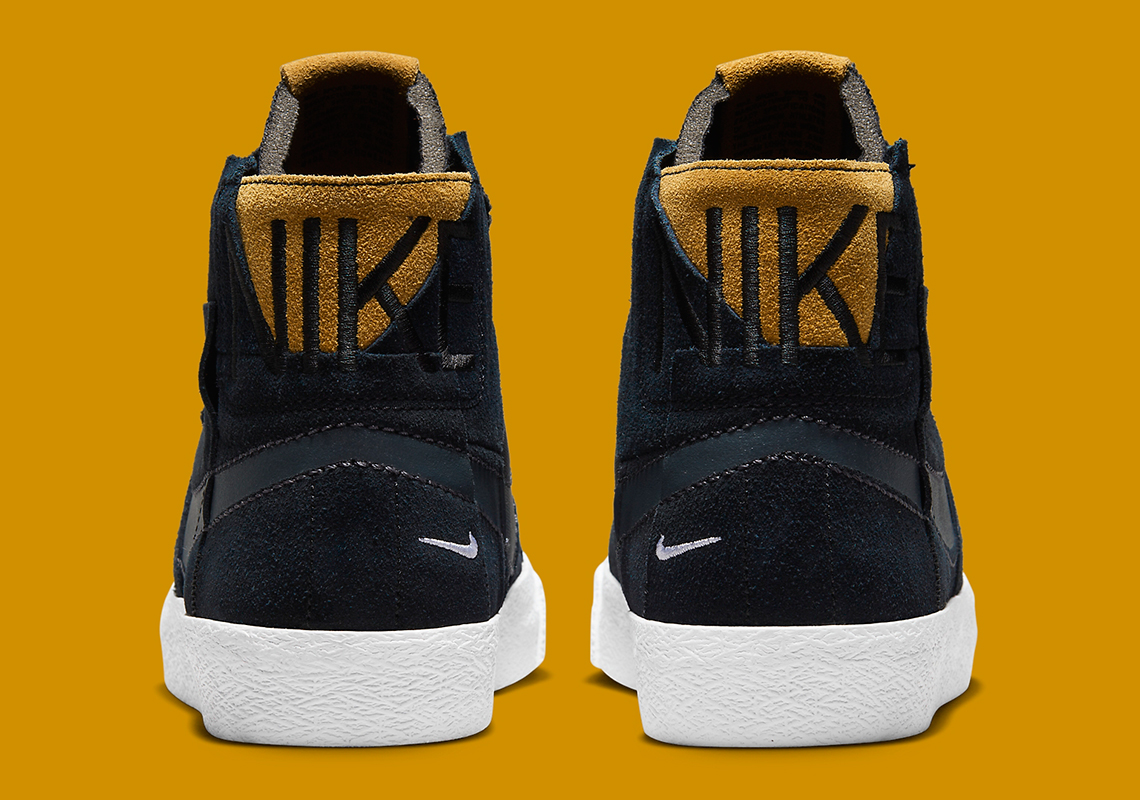 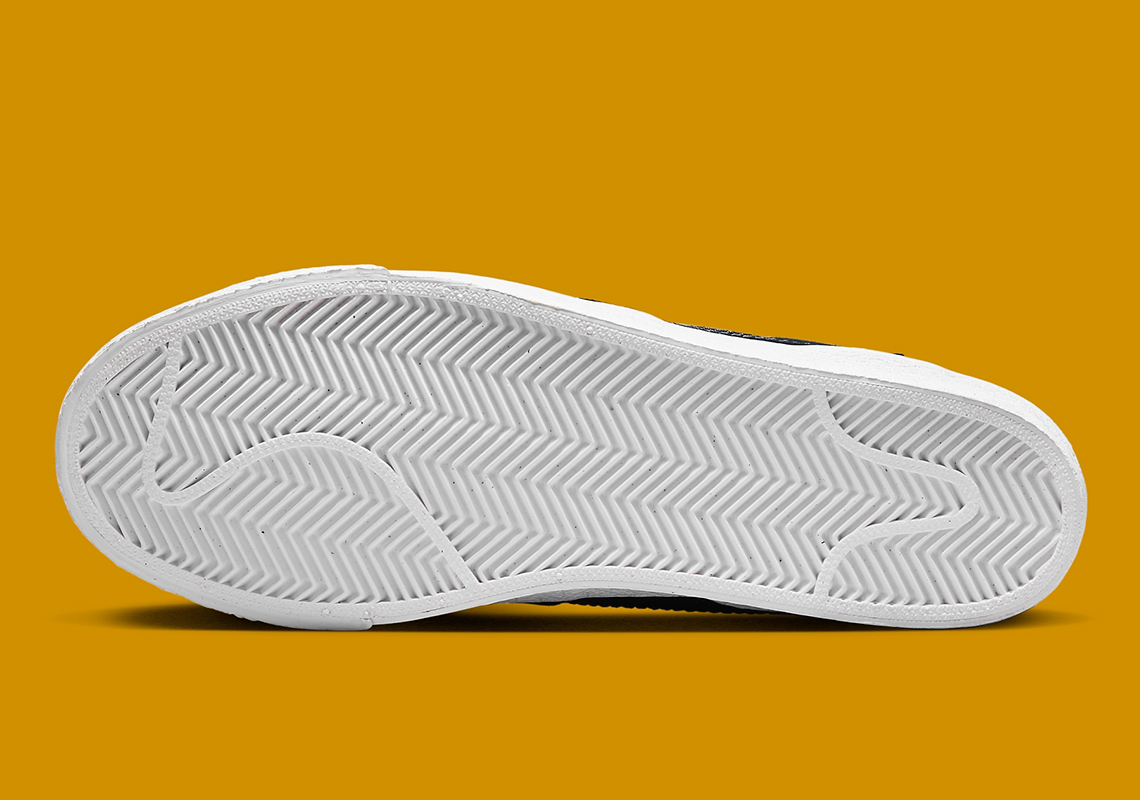 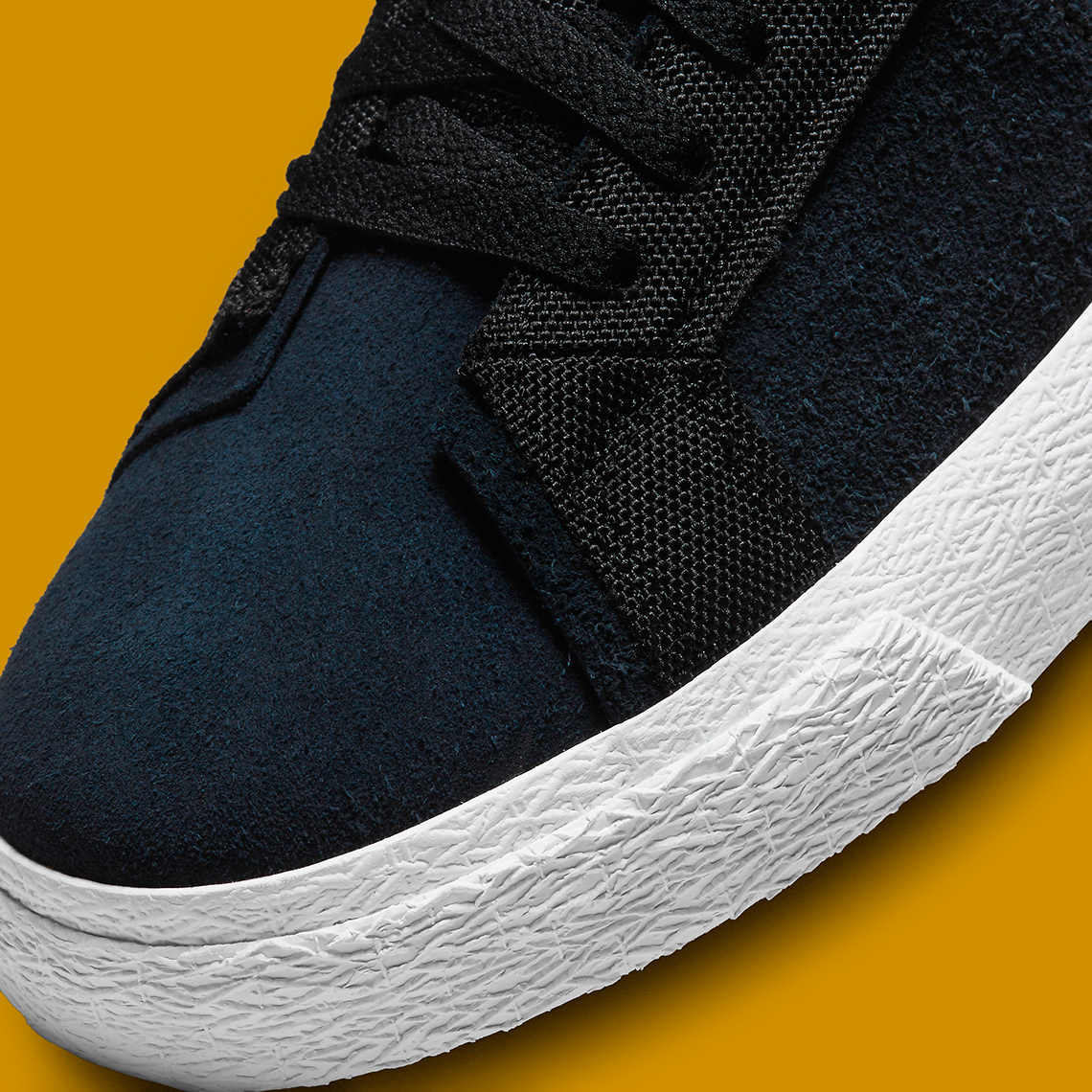 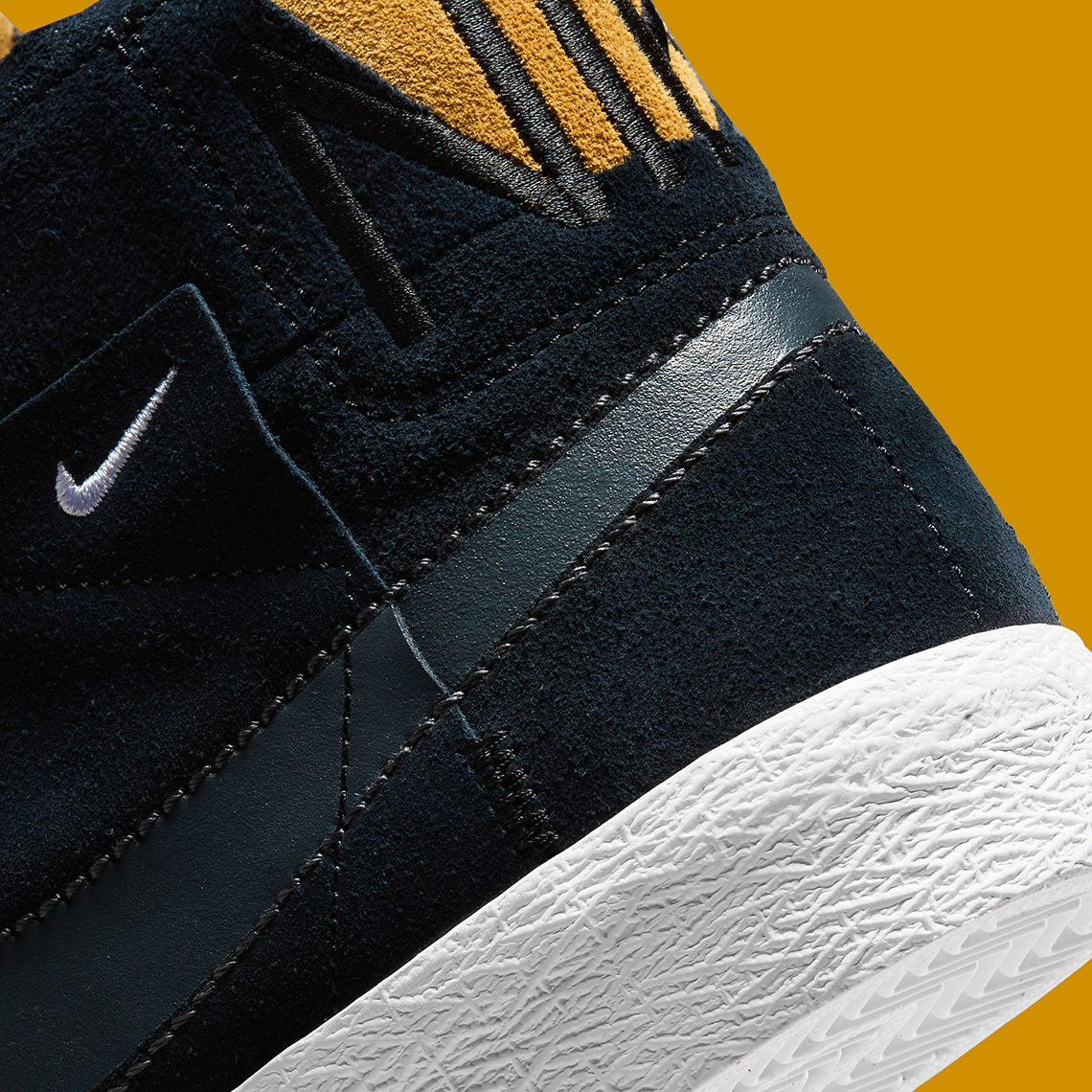