I can imagine a reader walking past Anto Shirts in Beverly Hills and not stopping in. There’s quite a range of styles, and not all of them are the kind of classic look PS normally covers.

The readers that have mentioned the shirtmaker to me have come in through other routes: seeing Anto mentioned in the press, or perhaps more often, seeing a shirt in a movie they liked and tracking down who made it.

Anto does so much film work that there’s a decent chance they’ll be the maker you want – and that was my connection. I already knew Jack Sepetjian from our Shirtmakers Symposium, and when I was interested in a shirt made for Ryan Gosling in La La Land, I asked whether he made it.

He did, and I covered the shirt I had made in its image here.

I think this is likely to be the most interesting angle for readers. Anto makes quality shirts from my experience, but they are expensive (mostly $425+) compared to most we cover. What no other maker offers is the ability to use Harrison Ford’s shirt pattern from the latest Indiana Jones film, or Leonardo DiCaprio’s, and make their own version. 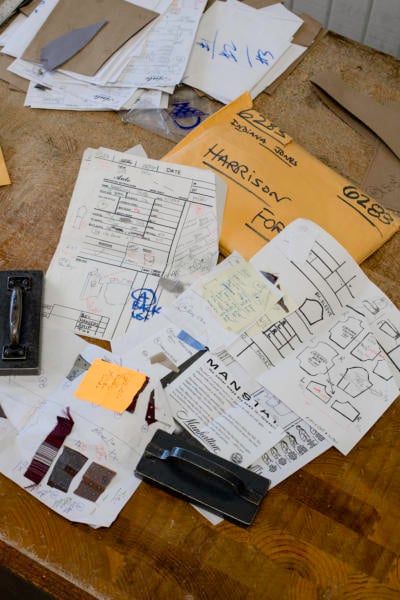 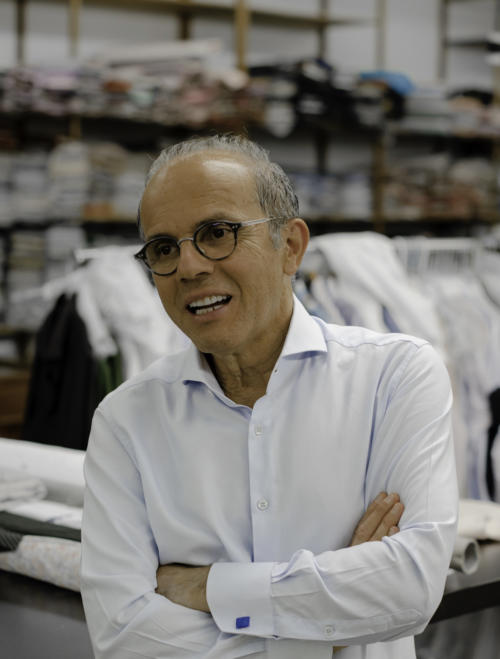 Anto also has the archive of a Hollywood shirtmaker going back to the 1940s and 50s, which contains the patterns of many of the Rat Pack, such as Frank Sinatra and Sammy Davis Jr.

If you’re at all interested in period clothing, that is a treasure trove. “Most often our work comes from costume designers approaching us to make shirts from a particular decade, when the film is set,” Jack (above) told me, when I spoke to him on a Zoom call earlier this year.

“Any shirtmaker could make a go at creating those styles from photos or from a vintage piece, but no one has the pattern archive we do.”

Given how often brands draw on military shirts from the same era, you feel there must be some useful civilian designs in there – though as Jack says, not necessarily from the performers of the day, or at least not what they wore to perform. 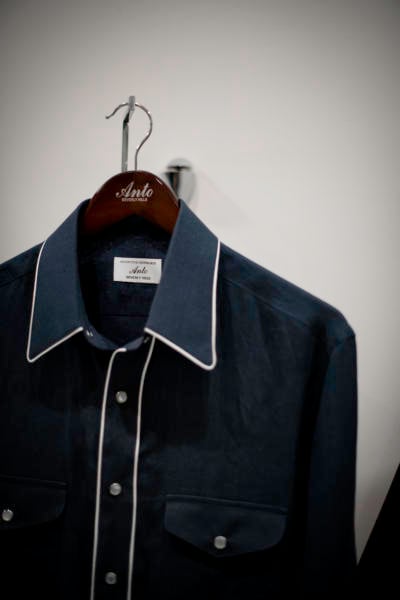 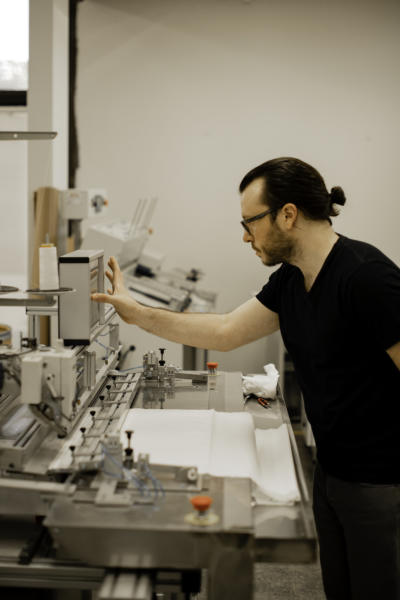 Keen to get some first-hand experience of Anto – as well as some original photography – I asked LA local Robert Spangle (@ThousandYardStyle) to act as our roving reporter and go visit.

“I found it interesting that every aspect of the bespoke process, except for cutting and attaching the sleeves and collar, can be automated in the atelier in Studio City,” Robert says.

“They still offer fully handmade, hand-cut shirts, but the automation allows them to cater to Hollywood. They can run out finished bespoke garments from a proven customer pattern the same day for a red-carpet event, or do small-scale production for wardrobe.”

This machinery is pretty new – when I spoke to Jack a few months earlier, it was something he was hoping to get up and running soon. The lack of it (and just as importantly, the staff required) was the major reason Anto had so few ready-made shirts available.

“We’ve been so busy with film work the past couple of years that it’s been hard to get that going,” Jack said. “But that’s what the business needs – people have been asking for it for so long.” 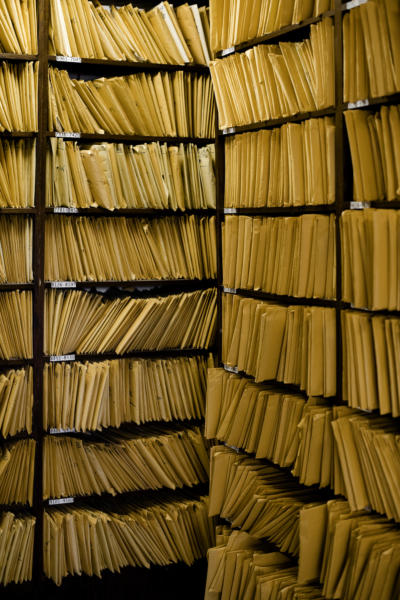 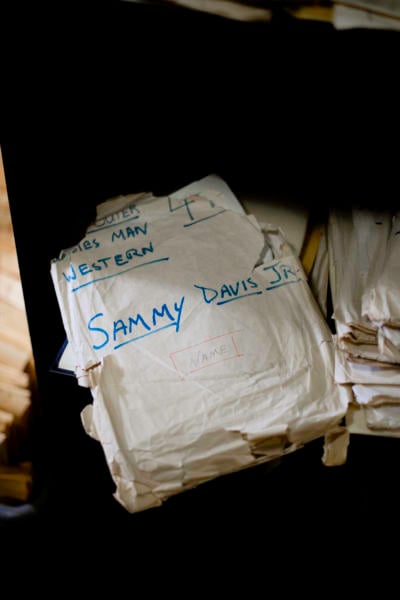 The atelier – a twenty-minute drive over the hill from the Beverley Hills shop – is also where the archive is held. Robert spent a happy half hour browsing through the old patterns.

“There were some technical innovations in there that I admired,” he says. “For example, they developed a special collar for Sinatra that is extremely canted, high in the back but with almost no collar stand in the front. It allowed him to sing without the shirt and tie disrupting his vocal cords.”

Many tailors around the world have patterns from famous customers, but they’re usually reticent about taking inspiration from them – and have less reason to do so, having no ready-to-wear.

Also, those archives rarely contain a mix clothes that actors wore both on and off screen. There are exceptions, and some stars wore their own clothes in their film roles. But I don’t think anyone has this mix of civilian and costume clothing, from such a variety of actors, over such a long period – Anto was founded in 1955. 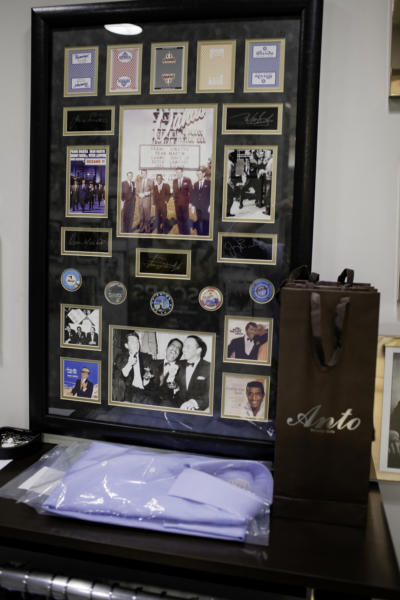 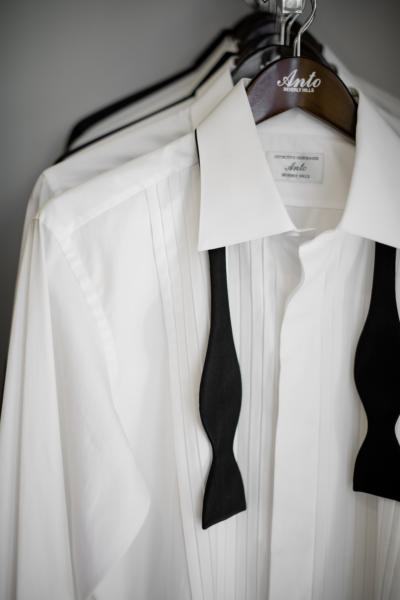 Anto has also been family owned for that whole period, with Jack its third generation. Anto Sepetjian, the founder, immigrated to California with his family from Beirut, Lebanon in the fifties.

I guess that’s one more thing that makes it a Permanent Style kind of maker, even if that’s a little hidden behind the Hollywood glamour.

And Anto joins a lengthening list of places in Los Angeles that I’d love to go and visit. We covered Ghiaia recently of course, but there’s also makers we’ve covered like Wellema, Chester Mox and Good Art, and LA-specific shops alongside vintage haunts like the Rose Bowl Flea Market. Perhaps I’ll get to go again in 2023.

Any readers out there, it would be great to see you too. 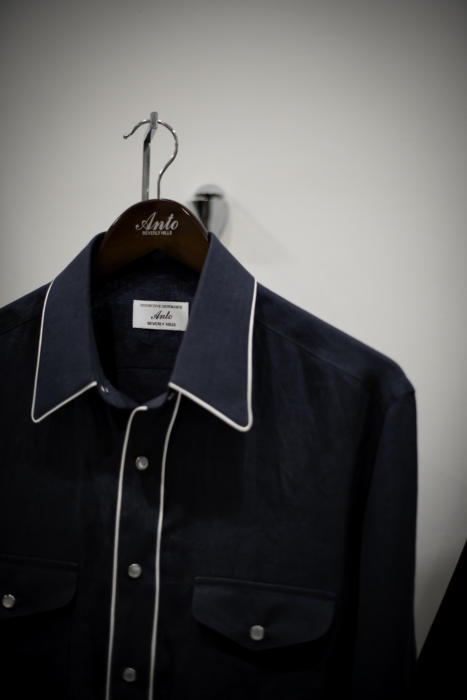 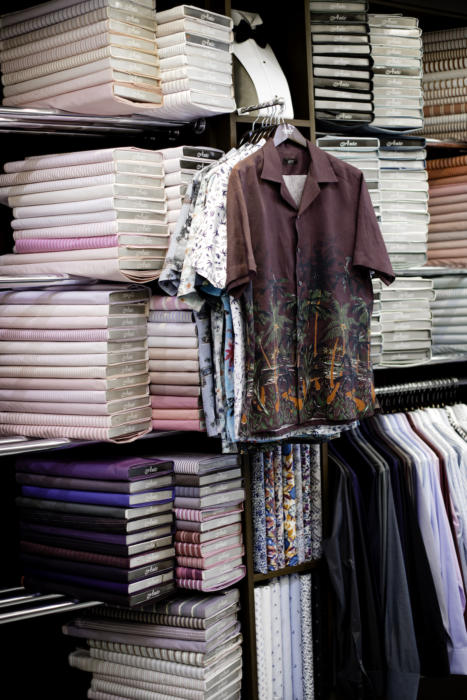