The Rise of RHUDE: Blurring The Line Of Streetwear and High Fashion

Growing up Filipino-Canadian, and having only first visited the Philippines in 2006 after graduating high school, there’s an odd sense of cultural-identity loss as you go through your formative years being one of the few Filipinos living in your area. As I’m sure most early Canadian-born Filipinos have experienced, you were one of the few like yourself at your school; you mandatorily had to attend Filipino class every Saturday morning; a gang of your relatives lived with you who just arrived from the Philippines, all living in a house that was only meant for four; and the majority of your at-home conversations were peppered with Filipino words and dialects piled on top of English words like a vibrant salad dressing. Yet, despite all this, it still wasn’t enough for you to flesh out your entire cultural identity, and you felt like you were missing out on something more. This, as I’m sure a lot of early Canadian-born Filipinos must have felt, was my dilemma.

As an avid lover of martial arts, thanks to the various anime I was exposed to while growing up, the first martial arts style that I learned wasn’t actually Arnis. Technically, you could say I started off with backyard wrestling, coming off of the advent of the first UFC back in ‘93, then transitioned more into structured and widely-accepted styles at the time like karate and hapkido. Sure, there was some mention of Arnis (also known as Eskrima) thanks to prominent Filipino martial arts pioneers like Dan Innosanto, who acted alongside and actually taught Bruce Lee—inevitably influencing other martial arts movies of that era to include some aspect of Arnis in their films—but it wasn’t enough of a draw and Arnis ultimately received little widespread popularity in the mainstream media; essentially saving the art for more esoteric and dedicated seekers. Granted, the American Military was also travelling to the Philippines during this time to learn from various Filipino masters in order to include stick and knife fighting in their arsenal of close quarters combat. Though, still, the art was somewhat of a relatively unknown practice suited for a more adventurous seekers. 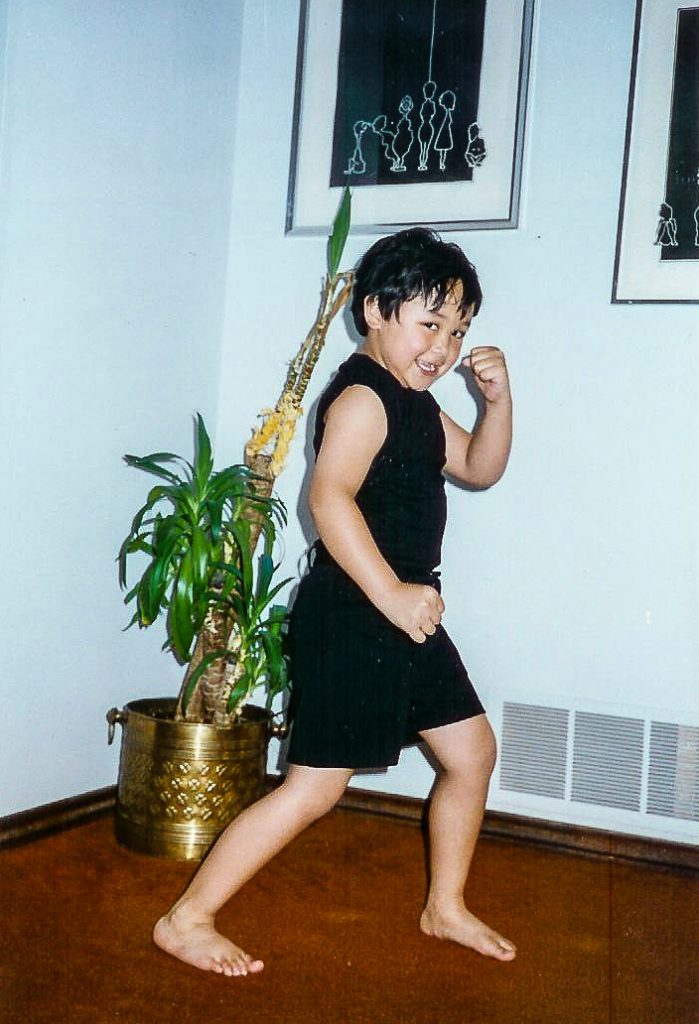 Over time, I eventually received my first blackbelt in Nerkin Ouj (think Hapkido, meets Judo, meets Karate) and pursued a certification in yoga as well. Upon completing my yoga certification, I decided to set out on a world-tour with my partner (again, inspired by various anime that I used to watch while growing up) and sought out various martial teachers wherever we went in order to gain just a little bit of their knowledge. It was during this time, and a stop back in the Philippines, that I ventured out specifically to find an Arnis Master who could teach me the traditional and indigenous art of the Philippines.

To my surprise, even though Arnis was made mandatory in the Philippine school system as part of their education, it was actually quite difficult to find an accredited Arnis Master who could offer up any quality education or even certification over the style. Due to the popularity of other arts like Taekwondo, everyone was sending their kids to Taekwondo class and Arnis became primarily reserved for the Philippine school system’s Physical Education classes. However, despite this slight setback and revelation, I was able to find a contact from a local Taekwondo school for someone who knew of an Arnis Master still practicing and teaching the art to this day.

It was at this time that I met Master Jose “Pempe” Repiedad of Polo, New Washington, Aklan. A multiple-degree and multiple-blackbelt holder and Master (actually being one of the blackbelts from the Taekwondo school that I initially visited), Pempe had converted the space in his backyard into a martial arts dojo where he trained local kids and young adults in both Taekwondo and Arnis. Meeting up with him the very same night that I received his contact information and then speaking to him about my pursuits and the styles we both had in common, he said that he felt a connection between us as martial artists and decided to take me under his wing as his private student.

After extensive one-on-one training, and relentless practice on my end, by the end of my stay in the Philippines, I was (to my amazement) awarded with a blackbelt in Arnis with a concentration in self defence practices. Granted, there are many facets to Arnis that have been expanded upon and evolved over the years, but for me (and with everything that I aim to pursue in the martial arts), it must always come down to self defence. I wasn’t intent on learning all of the flashy movements that would land me a gold medal in a forms competition; rather, I was looking for what made Filipinos the most formidable stick and knife fights on earth!

The art of Arnis, since the time of the great Filipino military leader, Lapu Lapu, is ingrained in our blood. And, though the Philippines does have contemporary world champions like Manny Pacquiao to look up to, nothing feels quite as connected to Filipino culture as learning the style which was originally cultivated within this small island nation over many generations. To be honest, it wasn’t actually until being awarded my blackbelt in Arnis (and, later, my 6th degree designation by my same teacher) that I actually felt connected to being Filipino. My Arnis journey has been one of the most affirming and rewarding milestones in my life and has helped me connect back to what it means to be Filipino. A once Canadian-born Filipino with murky connections to my past, I was now carrying the Filipino culture with me on my back through my Arnis.

Aside from grappling (which has shown itself to be one of the most important martial arts systems to learn, thanks to the Gracies), I would have to say that Arnis (stick and knife fighting) is the next-best in line for exercising practical self defence. Though the depiction of what Arnis has become today is more of a spectator sport filled with the glamour of quickly moving batons and sparring sessions which look more like people wildly flailing rods at one another, the original art of Arnis was meant to be both direct and lethal—something absolutely necessary when dealing with the life-threatening realities of living in an emerging third-world.

“Do not splinter the mind with thought; rather, let go of all preconception and
learn to flow free.” -#URVILJAMESARNIS .com ⚔️🇵🇭

Sure, one could make the argument that Arnis may be too lethal (which is true when comparing it to its gentler colleague, Jiu Jitsu), but only through lethality is one able to find peace. I mean, there’s a reason why Filipinos not only have one of the most deadly styles, but are also highlighted as being one of the most hospitable races.

In fact, every time I pick up my stick to train now, I am reminded of the old philosophical adage of one who seeks out inner peace beyond the loud trappings of an unruly world—“speak softly, but carry a big stick…”—and no other culture teaches stick and knife fighting quite like the Filipinos!

The Rise of RHUDE: Blurring The Line Of Streetwear and High Fashion