The Baybayin Movement: An Ancient Scripture’s History and Revival

HI6HRAW is a group composed of members Resflo, Teej, Orum, Lux, and Xavier. All hailing from the cities/towns of Toronto, Mississauga, and Ajax. In 2018, Resflo, Teej, Orum, and Lux had created the group from meeting each other through community events. Some of the members were either active performers or supporting staff. With the events bringing together the various acts from other townships, provinces, and states, they had formed a string of collaborations into a group. Xavier had joined in 2019 after being a competing battle rapper, thus solidifying the present group.

I asked them questions to get to know them as an artist. This is what we talked about:

Share with me where each member of the group grew up and how you got into the music you are creating now?

“I was born in Balic-Balic, Sampaloc then at 10 my family and I moved to Pasig.

Ever since I was young, I’ve been surrounded by Hip-hop music through my cousins, uncles and even neighbours. I also used to Breakdance. When I was in high school, there was a poster for a rap contest during a fiesta and together with a friend and a cousin, we performed the song titled “Mabanges” by BB Clan. This was my first public performance. After that, I listened and learned how to write my own songs. I had to eventually stop and take a long hiatus for personal reasons.

Two years ago, I found out about a show here in Toronto (Digmaan Talastasan) through a friend and was connected to one of the organizers. I was invited to perform and since then I’ve been making music continuously with my group and as a solo artist.”

“Born in Tondo, grew up in both Kalookan, and Malabon City. I had become a hiphop dancer back in the 90’s, so that was my start with the genre, writing came later on.” 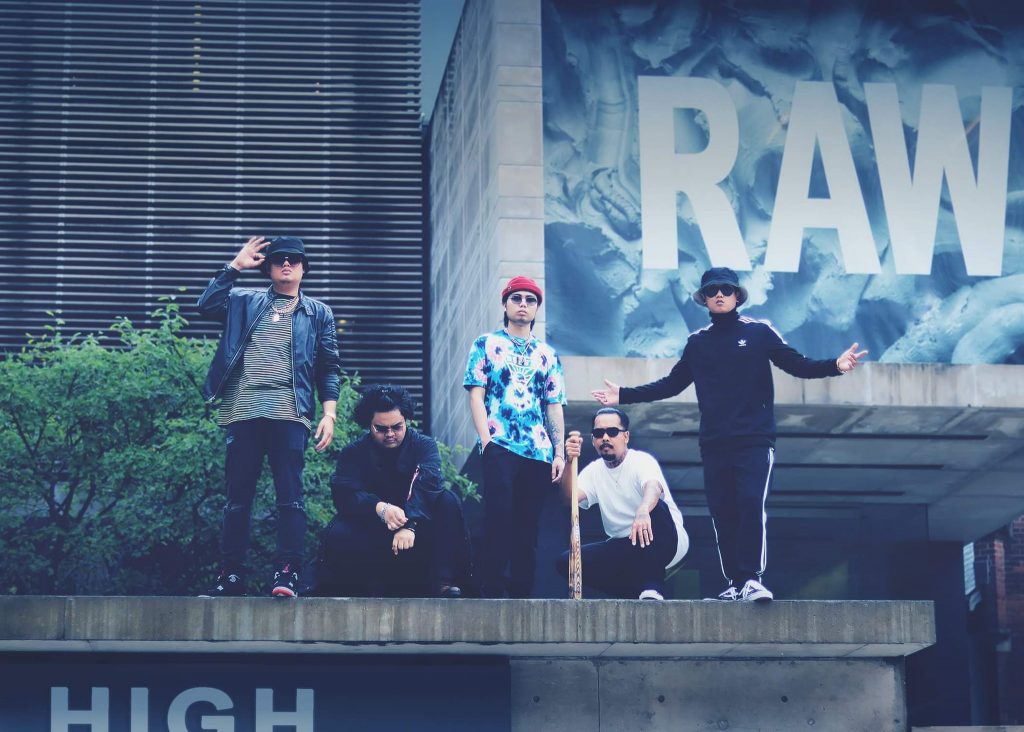 “I was born in Makati, but my family came over to Canada when I was 8 months old. I grew up between Ajax/Pickering, up until now. Started with short stories and poems, but somehow drifted into rap during grade school.

I was introduced to Filcan hip-hop scene as a battler in “Digmaan Talastasan”, becoming the 2018 champion. I joined HI6HRAW early in 2019, before we announced in during “Selda Fest”, June of that year.”

What has been the biggest obstacle of the group’s music career and how did you stay above it?

Time has been one big obstacle, but we feel that is something anyone and everyone deals with. As we all know, it is hard to balance the things we need to do, and the things we want to do.
Things do happen outside of music, and we do have our own priorities and responsibilities.

Yet even then, it still hasn’t discouraged us from trying, because we are at least learning as we experience it. With the hardships, we get to figure out our own ways of doing things.
Creating our own special way of execution, different from the rest.

As the saying goes, you get what you put in. When you put in the work, results will show. Your 10,000 hours don’t happen overnight, and a career isn’t made when you wake up.
Time truly is both an obstacle, but an investment with high reward.

Is there a philosophy behind the group’s music, if so, what is it about?

When we try something, we try to do it to the best we can. Whether it be amongst ourselves, or with others in the community. As cliche as it may seem, we aren’t in it for the fame and popularity.
We do this because we love it, because it’s a part of us,even because we feel it’s where we can be ourselves.

When we do things, they will be done with genuine intent, not just for the glitz and glamour. Dreams are realized through hard work and perseverance, with reward coming later as a bonus for the labour. We believe in doing things at 100%, with a reason behind it. 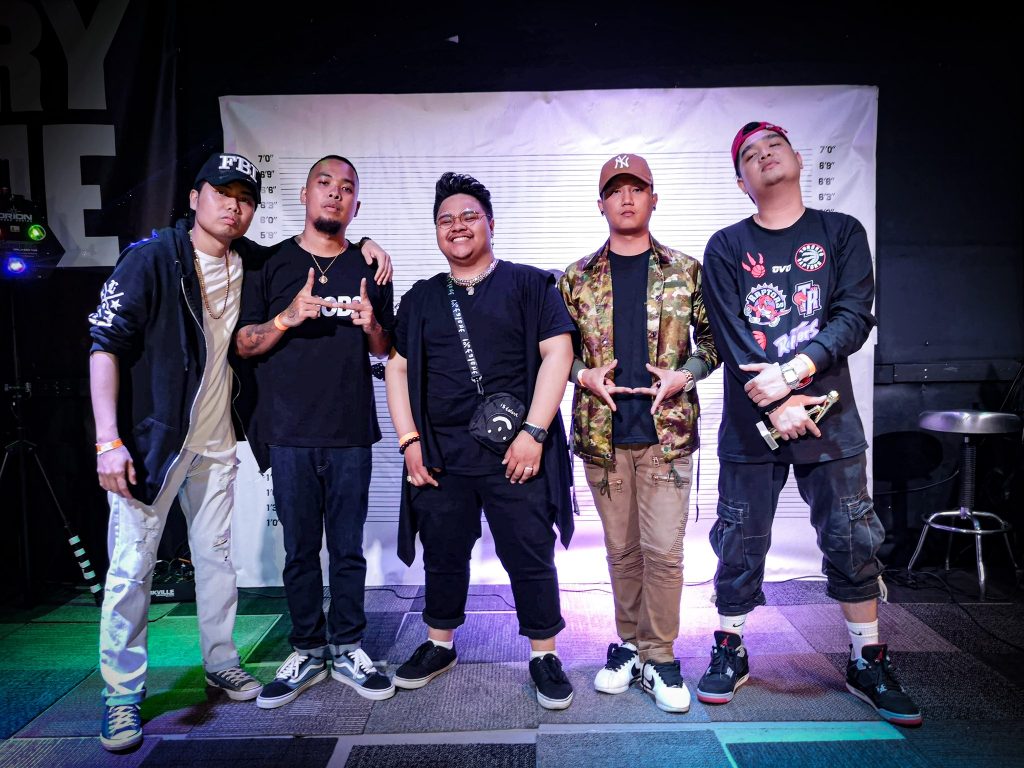 If the surface of a product looks nice, but there is nothing inside to keep it together, then what is it really?
We aspire to inspire to be the best, because we did our best.

One thing we are in the middle of revising, is our overall sound as a group. If we have a topic in mind, we try to become the voice, or outlet for said topic to speak. The thing holding us from being able to do so, is our consistency.

Other than the virus that has affected us all, again, we have our lives outside of music. With us also being family driven people, we will always be working around each other’s schedules, and responsibilities.

With us being from 3 different town regions, there are times where we can’t meet up. Then when we do, we try to get all of our ideas we’ve been planning by ourselves with each other.
So sometimes, it becomes a huge storm of ideas. (Not forgetting to mention that they are some impressive ones at that!) So we have troubles keeping our ball of energy together, and pushing one thing. 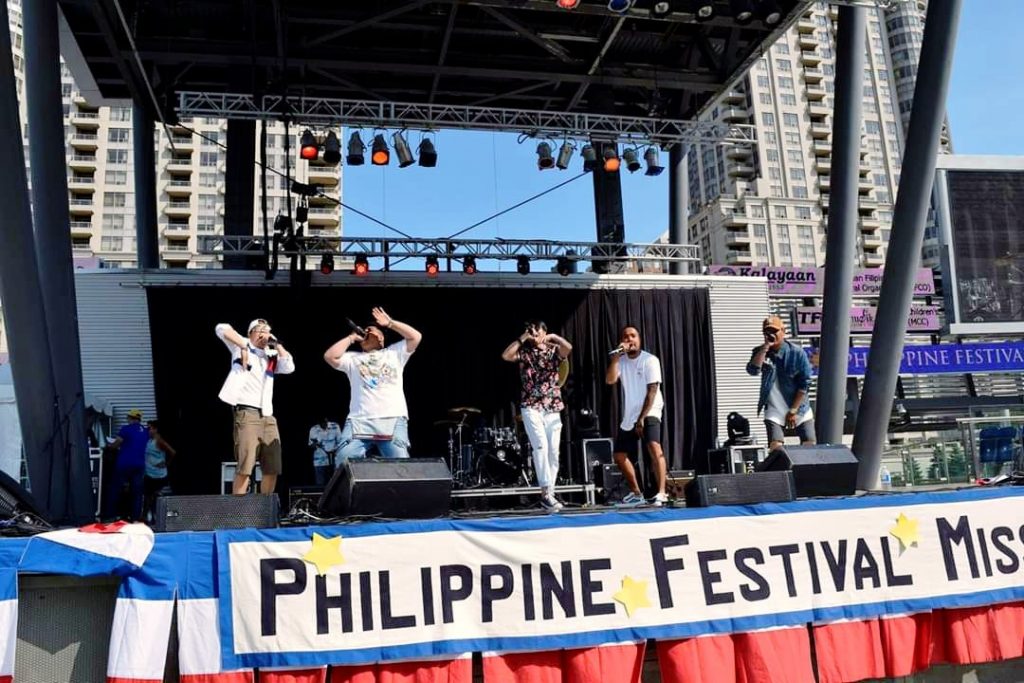 With our belief in trying our best, going at it full force, we distract ourselves with other great ideas we want to share with the public. We end up trailing off with another good idea, because we want to make it such a good product, in turn forgetting the other thing we were doing, that we also know can be great.

When we gain the ability to really sand out each product one by one, with a good work process behind them, we will be able to become consistent. Much like how we said time is also an investment, consistency is one of those rewards.

Each artist/group’s rate in creation and releases are different, and we know it’s always going to be a learning experience. We are just always working on our consistency with our product, which shows us our optimal way of execution.

Is there a big vision for HI6HRAW’s music career?

As stated, we aren’t based on the goal of fame. We want to be seen as an example, for hard work and possibility. Our group had all met during events thrown by the community, in the same way other groups formed too.

Each of us were known for one thing or another, and each had their own history beforehand. With us already having experience going in, our group, our movement, is a product of everyone’s hardwork. Our song “Hatakan” is just that, a call to the goal, the rise of our movement. The rise of expression through music as creatives, individuals with views and opinions, dreamers alike.

We want to be seen as people who did things for a cause. Those who worked with achievement seem through something being done, not rewarded. People who helped when needed or sought after. Whether it be through music, fundraising, event planning, or just to be there for you. Being part of a bigger network of people, we need to do anything we can for each other. We have created something, a product that others have taken notice to, and now attracts interest.

With investment and running of time, the recognition and reward comes after the work. We have become such a solid movement, we have been seeing so many new people in the scene. No longer is it seen as competition either, but a new companion and collaborator for everyone.

We want to be seen as a group that was not only true to themselves, but who always did the best they could. A group that moved together, despite being from different areas and individual styles. A group, much like the movement that they are a part of, united through the goal of being together.

Where can fans find you guys?

The Baybayin Movement: An Ancient Scripture’s History and Revival